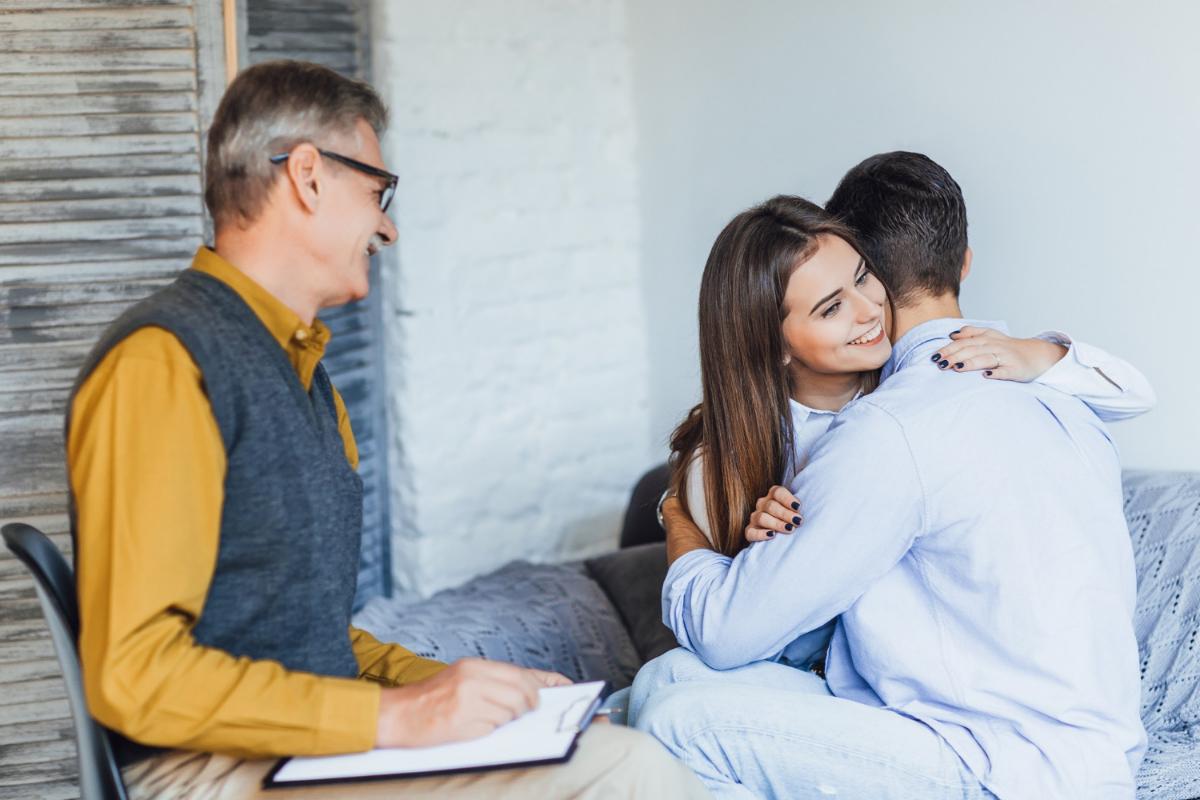 Are women and men really all that different in their ability to communicate and express themselves? Aside from the obvious physical differences, does the female and the male brain really think or feel differently? Is it true that women experience more feelings than men and that men lack a sensitivity chip? These questions have been researched in numerous studies throughout the years by neuroscientists in the effort to prove theories that we often see, feel, or perceive about the differences on a regular basis.

We often think of women as being more emotional, more intuitive, more compassionate, more loving, and overall more sensitive than men. Men get placed in the realm of having trouble with feelings and are often lumped into the category of having limited emotions, lacking empathy, and being insensitive or distant. We continue to view women as being more needy, or having a greater propensity for having mental health issues such as anxiety, sadness, or feelings of depression. If we know through research that the female and male brain have little differences when it comes to thought processes, personality make up, and leadership (American Psychological Association,2005), then why do we continue to experience and perpetuate something different?

We know as a society that men were and are often given the tasks of providing for their family, foraging for food or financial support and women were and are often given the tasks of taking care of the home, raising children, and keeping home life balanced. These gender roles can be traced back to the beginning of civilization and appear to have more to do with the physical abilities of men and women rather than the emotional ones. Could the role assignments placed upon the gender’s play a part in the expression of certain personality traits more so than actual brain differences? Psychologist Janet Shibley Hyde, PhD, conducted a research study using 46 meta-analyses taken from two decades of research from the 20th century and concluded that there were actually more similarities between the female and male brain than differences. Her findings were supported and published in 2005 by the American Psychological Association. What she hypothesized and found true is that society appears to be what plays the most influential role in keeping the stereotypical emotional differences among the genders alive.

Couples counseling in Orlando can help build healthy communication skills and create better intimacy. We often hear that women communicate better than men, and can express their thoughts and feelings more eloquently and with greater frequency. What do we say about that attribute? Are women really more fluent in the spoken language or more in touch with their thoughts and verbal expression? Hyde believes that what actually happens is that during communication women and men actually quit talking pre-maturely due to beliefs that they can’t change certain innate gender based traits. This preconceived concept perpetuates the belief that women and men talk differently, relate differently, and express emotion differently. If women and men know the same language, then they can in theory speak the same too and find the same tools to use to relate to one another, right? Giving up too early during communication or emotional conflict inhibits each genders ability to bridge the gap between the stereotypical assigned differences.

In counseling, therapists often see couples struggling most in the area of communication. We often hear common concerns between the couple like, “He doesn’t listen to me, ”She doesn’t understand what I’m trying to say,””I just can’t talk to him.” The same theme carries forward for most couples and when they reach the level of seeking therapy, they have often times just stopped talking all together. How does it get to this point if we know both genders really do experience the same thoughts, feelings, and ability to experience emotion on a similar level? Somewhere during our development, either through our defined familial gender roles or society as a whole, women and men develop and perpetuate survival ways of communication. Limited education is offered that the communication differences don’t have to remain that way. We aren’t often given a road map or a key on how to change things. Through counseling, couples learn that bridging the communication gap can can happen easily with the right guidance, tools and techniques. Both genders can learn quickly how to express thoughts and feelings on a deeper level in relation to each other, improving overall intimacy and feelings of closeness.

With knowledge comes power. Knowing that men and women think, feel, and experience emotion on similar levels gives insight into a new way to view your partner. Couples can learn to communicate more intimately and effectively despite our societal roles and preconceived notions. Through couples counseling, the differences that once seemed so large and unconquerable, will shrink in size and become a shared target reached by the couple as a team. It starts with opening your mind to the information you receive. Changing your perception about what men and women are supposed to be like, how they are supposed to feel, think or relate is the first step. Next time you hear a common misconception about the opposite gender, take a moment to pause and reflect. Ask yourself if the same could be said about you? Maybe it can…and if so, embrace that. Maybe we aren’t really all that different after all.

At the office of Orlando Thrive Therapy, Coaching & Counseling, we have trained mental health counseling professionals who specialize in helping couples gain insight into one another and to develop key communication skills. The skills a couple learns in counseling will not only improve their personal relationship, but will carry over into all areas of their life.

For more information on how couples counseling can help you, email orlandothrivetherapy@gmail.com or call us today at 407-592-8997.